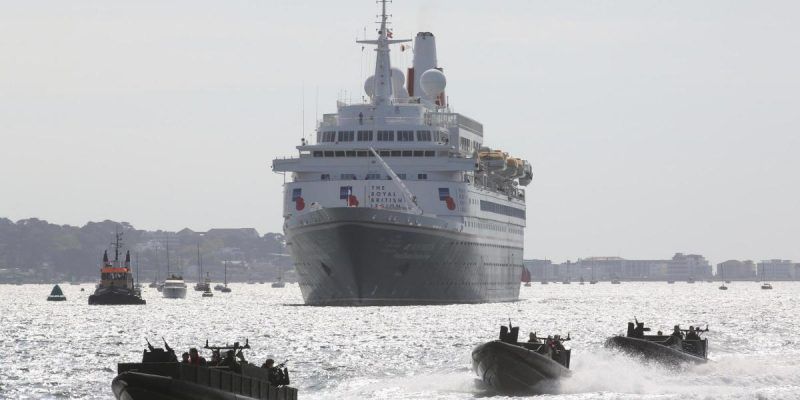 UNION flags were waving for the arrival cruise ship Boudicca in Poole Harbour with hundreds of D-Day veterans on board.

Around 300 Second World War heroes, the youngest of whom is 92, are taking part in a eight-day ‘voyage of remembrance’ to mark the 75th anniversary of the Normandy landings.

The veterans started their journey in Dover on Sunday and were welcomed by the Dover Sea Cadet Band and a guard of honour and the next stop was Poole, and hundreds of people lined the quay to welcome the ship to the port and greet the veterans.

Rod Stewart performed his 1975 hit Sailing for those on board, with a recording by Dame Vera Lynn also played.