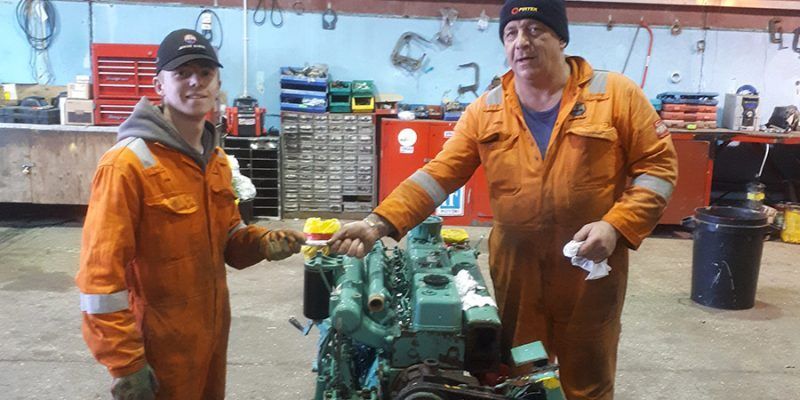 Buffalo previously had 2 x 160hp L136 naturally aspirated Doosan engines, and is currently being upgraded to 2 x 200hp L136T Doosan engines, to give the vessel increased power, speed and bollard pull. The first new engine has been installed, and the second new has just been delivered and Jon is pleased to be involved in the replacement of this unit, from removal of the old engine, transfer of the gearbox and other components, and installation and commissioning of the new engine.

Jon joined the company in late November 2017 as our new Apprentice Marine engineer is able to combine his ‘on the job training’ in the workplace with block release at college where he is studying a 4 year advanced level NVQ in Marine engineering.

Jon’s placement demonstrates our continued commitment to training young people and bringing them into the commercial marine industry.