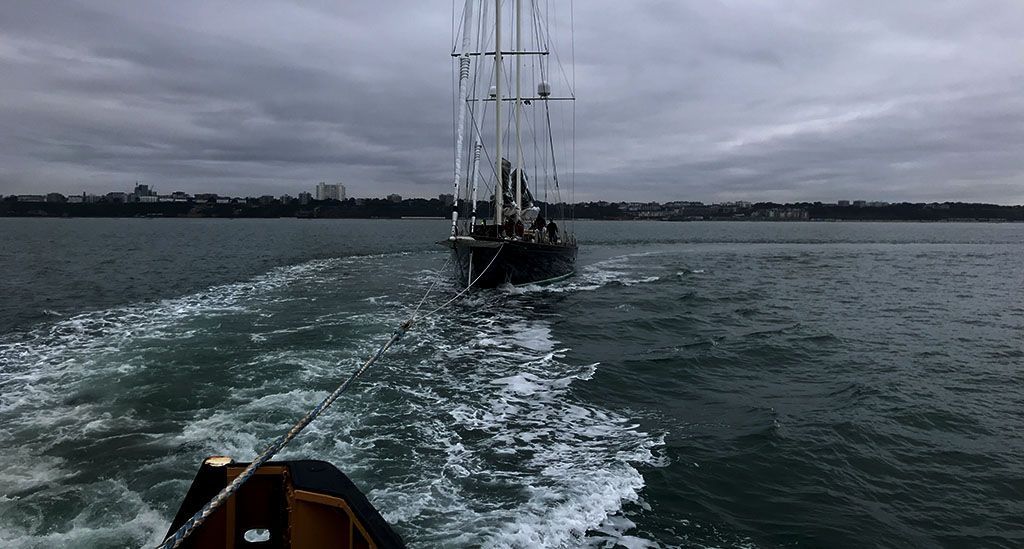 Jenkins Marine recently received a call at 4am from the skipper of a 41m sailing yacht that had lost power (It was later discovered it had net caught in its prop). As there was no wind she could not return to port under her own steam. Thankfully the conditions were ok so we mobilised the tug ‘Polmear’ with crew to meet her near Bournemouth Pier. END_OF_DOCUMENT_TOKEN_TO_BE_REPLACED